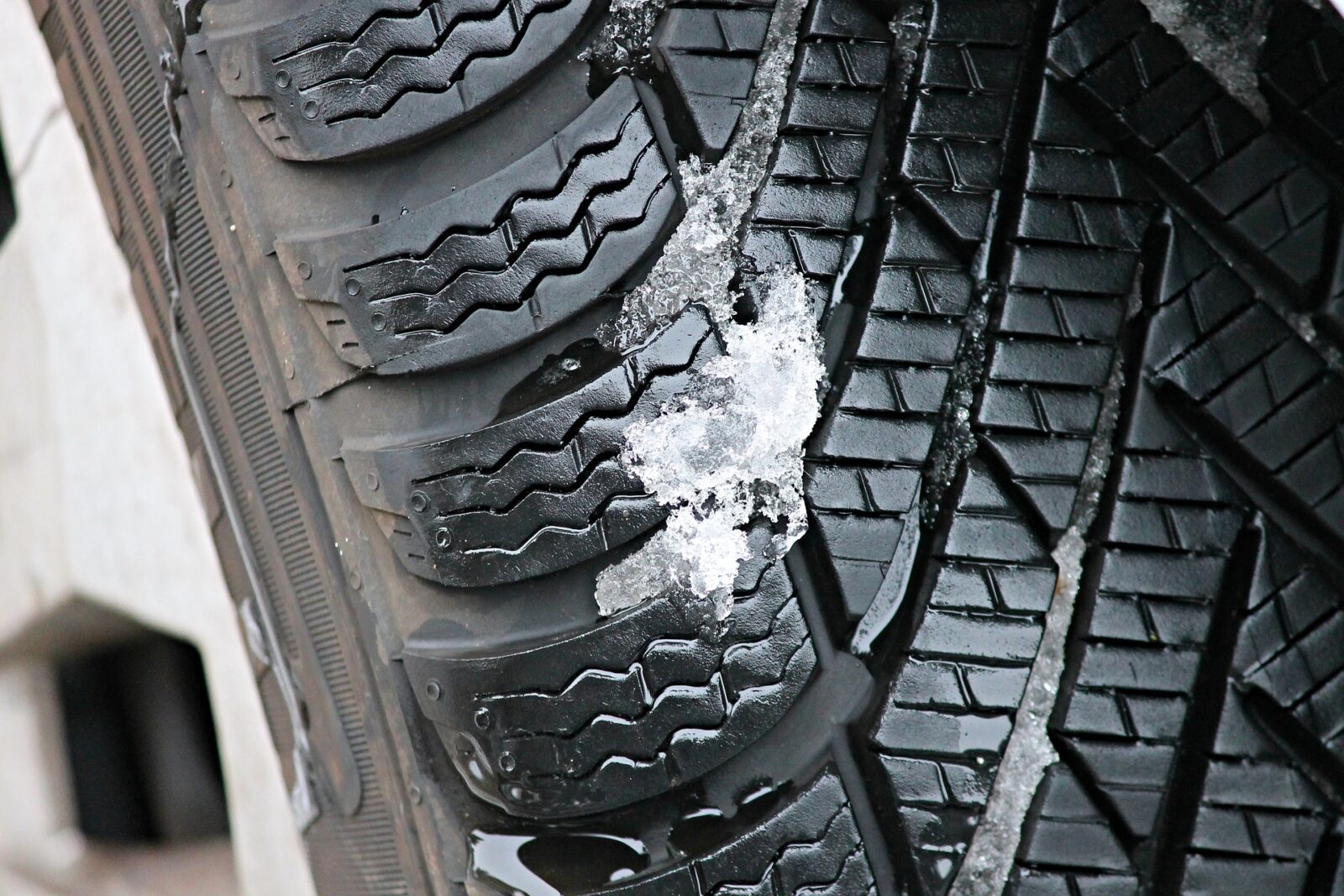 All Season vs All Weather Tires

It’s the biggest lie in the tire industry: all-season tires. In fact, it’s amazing tire manufacturers are even allowed to call them that. Sure, if you live somewhere warm, all-season tires are fine. But that’s only because you don’t have all the seasons.

For a lot of the country, they have a season called winter (I hope you can hear the facetiousness here). If you live there, all seasons don’t do you a lot of good in the snow. But you don’t just need snow to have winter or need winter tires.

Once it gets down to 45 degrees, all-seasons tires start to harden up and freeze. And the tire compound they are made out of starts to become useless.

Many all-seasons feature sipes in the tread. If you’re not familiar with the term, sipes are the little slits cut into the tread and are often in a zig-zag pattern.

Winter tires grip not just because of their tread compound, but also because of sipes like these. They work by allowing the tire to grab into the snow and actually use the traction of the snow attached to the tires, to grip against the snow that’s on the ground. So in theory, adding sipes to an all-season tire will work. But again, the colder it gets, the less useful the tire is overall.

But My Tires are Good for Mud and Snow

Just like how the name “all-season” doesn’t mean much, the logo on the side of the tire that says “M+S” isn’t very useful either. Yes, it stands for mud and snow. And no, that doesn’t make it a snow tire.

How to Tell if Tires are Winter Tires

If you want to tell if a tire is a true snow tire, it will feature a logo on the sidewall of a three-peak mountain snowflake. Sometimes you’ll just see it referred to in tire reviews as 3PMSF. This logo means that the tire has been certified for extreme winter use (aka is a real winter tire) by both the U.S. Tire Manufacturers Association (USTMA) and the Rubber Association of Canada (RAC).

What Are All-Weather Tires?

All Weather Tires are something completely different. Though they are generally called four-season tires now.

These are tires that actually are for use in all four seasons, in places that have all four seasons.  It used to be that very few brands even made tires like these but they are becoming increasingly more commonplace as tire technology improves.

Increasingly, all-terrain tires are also being offered as four-season tires. You might think that knobby all-terrain tires with big tread blocks are great for gripping in the snow. But you’d be wrong. As mentioned above, it’s the sipes that provide the grip that allow winter tires to grip snow against snow. All-terrain tires operate under the opposite principle, with those large void spaces used to dig into loose surfaces and then toss it away.

Plus, many all-terrain tires are made from harder compounds that freeze up in cold temperatures. As a result, they don’t do much good in the snow, and they’re equally bad on clean roads when it gets below 45 degrees.

Examples of all-terrain tires that are certified for true winter use are the Cooper Discoverer AT3 4S or the new Toyo Open Country AT III.

Below is a list of our top rated four-season tires. Vredestein really pioneered this segment and has been making these sorts of tires for Northern European climates for decades, so they’re definitely pros at it. Goodyear saw the growing demand and opportunity a few years back and has had great success with the Assurance WeatherReady tire. As a result, numerous new rivals have come on the scene, including those from Michelin and Hankook.