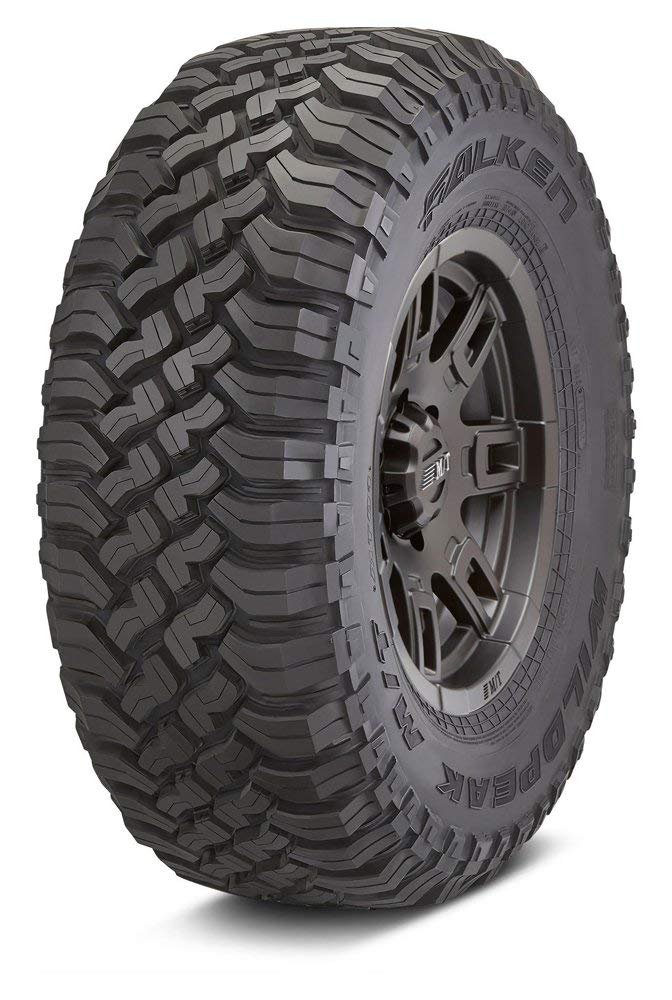 A smaller competitor in the North American market, Falken Tire still offers over a half-dozen different tires for trucks, SUVs and crossovers.

When it comes to true off-road performance, the Wildpeak and Rubitrek names are the best options.

The Rubitrek A/T is designed for half-ton pickups like the Ford F-150 and Chevy Silverado as well as smaller mid-size trucks like the Toyota Tacoma. Designed to be equally capable on- and off-road, it’s a true year-round option and comes with the Three Peak Mountain Snow Flake symbol meaning it’s certified by the Tire Manufacturers Association (USTMA) and the Rubber Association of Canada (RAC) as a tire designed for extreme winter weather.

The Wildpeak lineup consists of four different tires for different applications. The Wildpeak A/T3W is similar to the Rubitrek A/T but is specifically made for optimal performance when it comes to wet weather, winter climates and long tread wear – hence the “3W” in its name.

The Wildpeak H/T is a truck tire built with better on-road handling and longer tread life in mind. It’s less capable off-road (and looks it) but can still do some off-road driving.

Then there’s the Wildpeak M/T, which is the ultimate off-road offering from Falken. Unlike the Rubitrek, however, it’s not built for winter weather.

Finally, there’s the newest option the Wildpeak A/T Trail. This tire is designed more for modern crossovers or those who don’t plan to do any extreme off-roading. It’s grip level is designed more for lighter trail use, however, it’s still extremely rugged and designed to hold up for miles and miles of hard use.

As for offerings for Crossovers, the Espia EPZ II is a dedicated winter tire offering for popular AWD utility vehicles. The Ziex CT60 A/S is an all season tire designed specifically for modern crossovers with a long tread life in mind. The Ziex S/TZ05 is designed for larger SUVs and 1/2 ton trucks and comes in 18 to 24-inch sizes and is built for light towing. It features a non-directional tread pattern so tires can be swapped to maximize tread life.